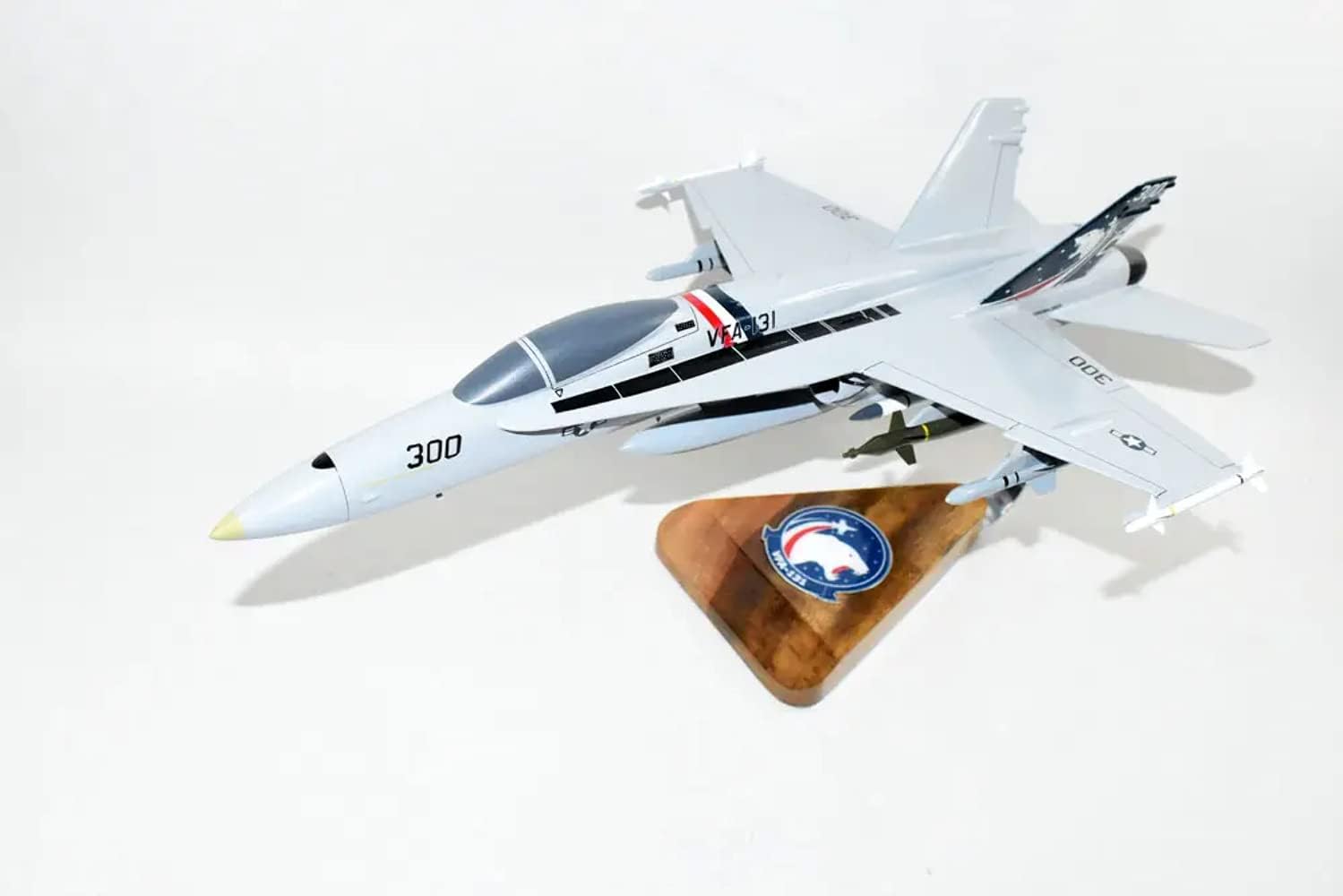 Fly with the the VFA-131 Wildcats USS Eisenhower 2011 in this hand crafted F/A-18C model. Each piece is carved from wood and hand painted to provide a piece you’ll love!

As a part of Carrier Air Wing 13 (CVW-13), the squadron deployed to the Mediterranean Sea in October 1985 aboard USS Coral Sea.

In March 1986 during Freedom of Navigation exercises in the Gulf of Sidra, the squadron’s aircraft flew Combat Air Patrols during which a Libyan SA-5 Gammon missile was fired against an American aircraft operating in international waters. On 14–15 April 1986, squadron aircraft participated in Operation El Dorado Canyon, along with other units of CVW-13 and A-7s from CVW-1, providing air-to-surface Shrike and HARM strikes against Libyan surface-to-air missile sites at Benghazi. This was the first use of the F/A-18 in combat.

In October 1988, the squadron joined Carrier Air Wing 7 and deployed to the Mediterranean Sea aboard USS Coral Sea. In August 1990 aboard USS Dwight D. Eisenhower, they were among the units to respond to the Iraqi invasion of Kuwait as part of Operation Desert Shield.

Buy Articles or Book Chapters, (print or electronic) from MSA or Elements